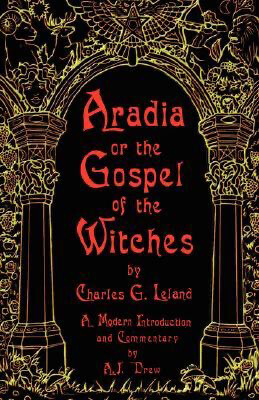 Before Gerald Gardner ever thought to write his first book, there was an explorer named Charles Leland who felt he could discover and preserve the secrets of Italian Witchcraft. Leland's original quest was to make contact with practicing Italian Witches. After years of trying he met one by the name of Maddelena, who transmitted to him the teachings he was searching for. The words (stories) have become The Aradia or the Gospel of the Witches. This manuscript, reportedly handed down in an oral tradition, was later translated and published in the late 1800's.

Today, a great amount of debate exists over whether or not Aradia was an authentic representation of Italian Witchcraft at the time Leland published the manuscript. Some go so far as to argue that Maddelena never really existed. While it is true that Maddelena's involvement with Leland can not be proven the fact remains that even with an uncertain origin, Aradia is one of the most important manuscripts available to the Pagan community. Even if it does not reflect the ideology of a hidden tradition of Italian Witchcraft, it most definitely presents such a powerful message that even today its words are found repeatedly in various literature. In fact, it is the foundation for one of the most powerful and well-known documents in modern Pagan lore, The Charge of the Goddess.