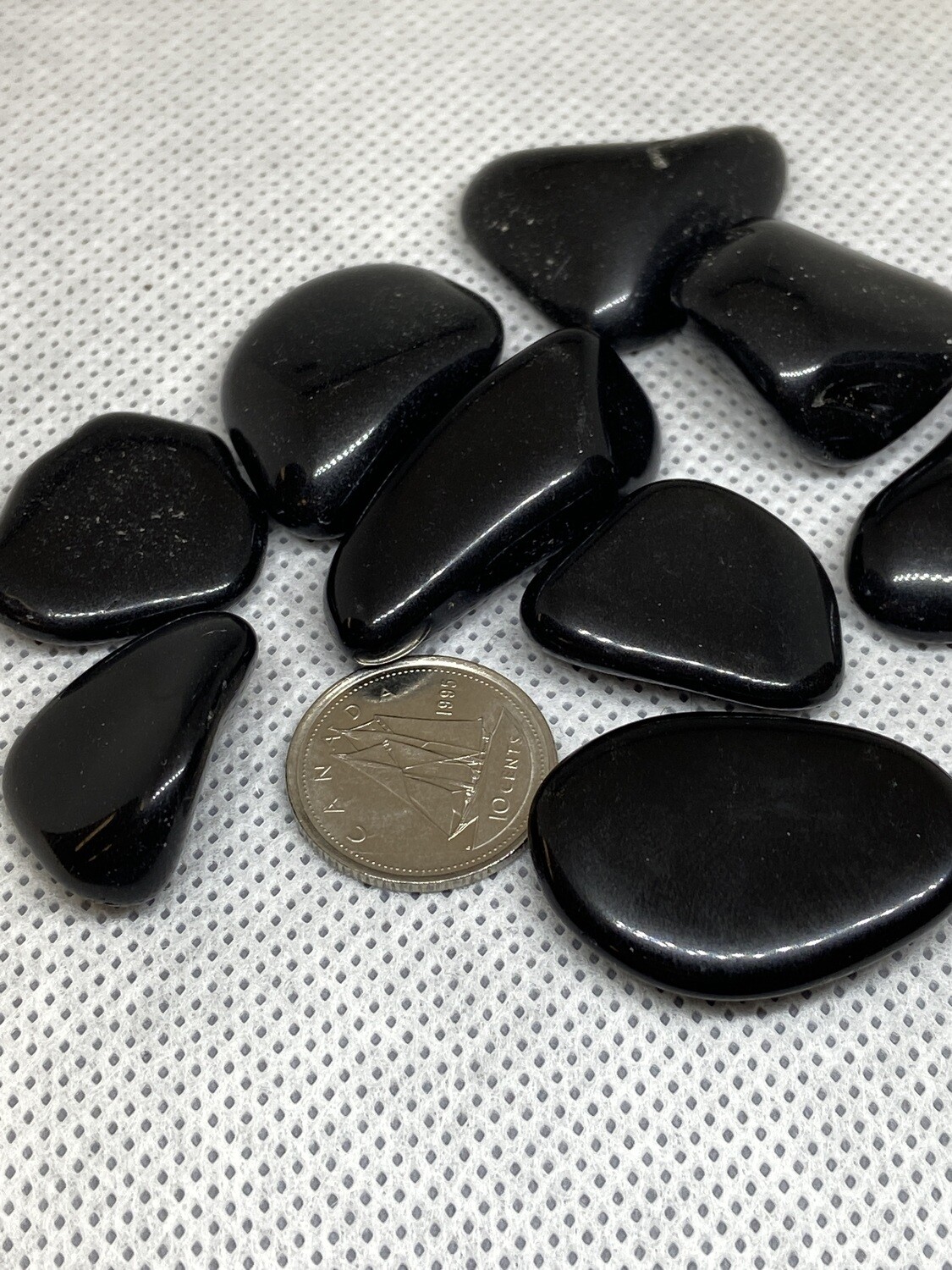 Gemological info: Obsidian is a mineral-like rock formed as a result of rapidly cooled lava. However, it’s not considered a mineral because of its glassy appearance and its composition. Obsidian was valued in the Stone Age by cultures because, like flint, it could be broken down to produce arrowheads or sharp blades. Pure Obsidian is dark in appearance, though the color varies depending on the presence of impurities.

Metaphysical Properties: It contains the most potent energies such as the elements of fire, water, and earth. It is also used by light workers, spiritualists, shamans, and alchemists because of its powers to heal. This beautiful and potent stone can help see through nonsense, break illusions, and uncover lies. Obsidian also acts as a protective stone that will guard the person against all kinds of negative forces.