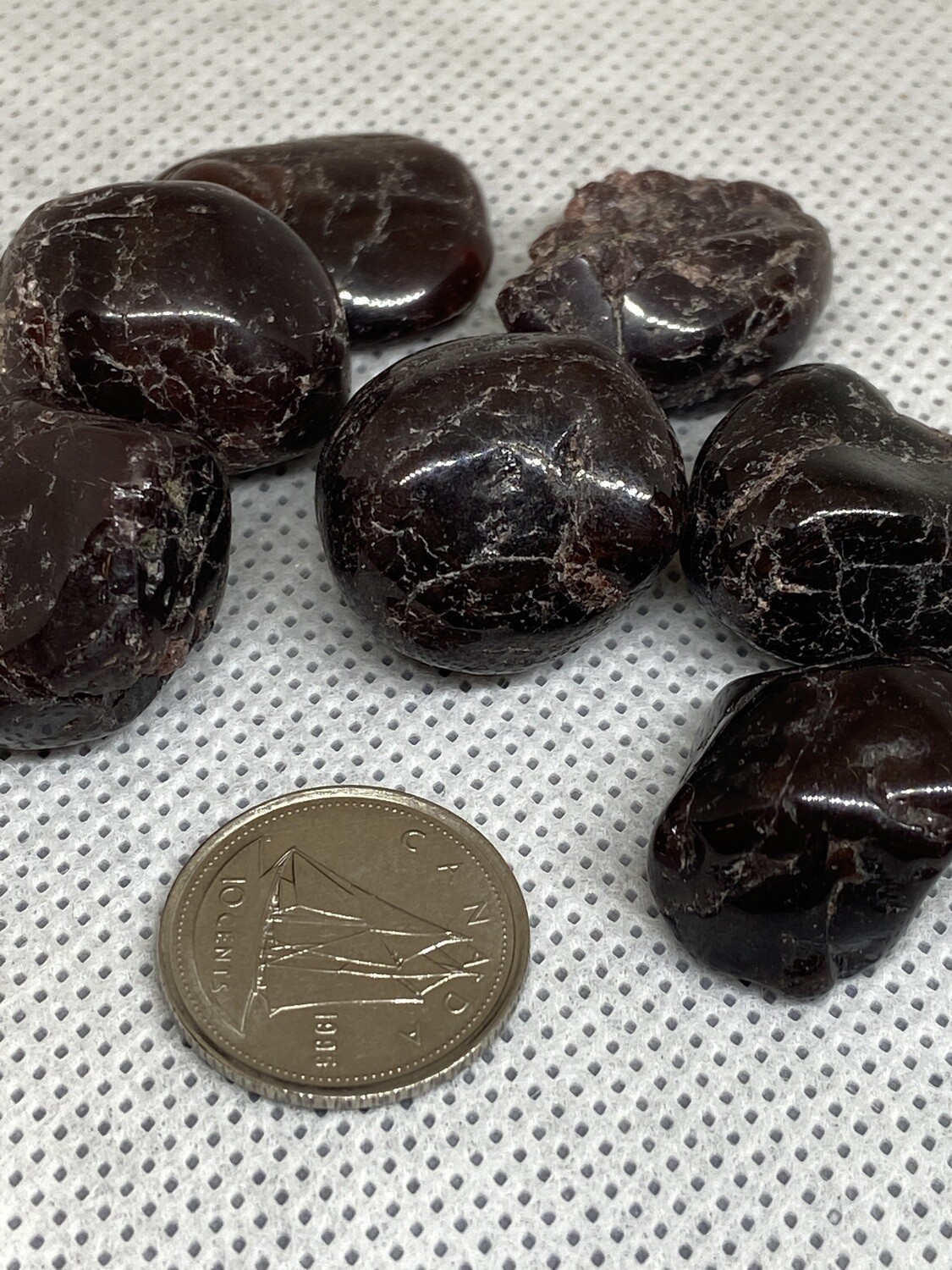 Gemological info: Garnet, the January birthstone, derived its name from the Latin word “granatus,” meaning “like a grain.” Garnet is a family of minerals having similar physical and crystalline properties. All Garnet species have the same general chemical formula. The most common of these garnet species is Almandine Garnet (also known as Almandite). Although it can occur in different colours, this gemstone is often associated with dark red and reddish brown colours.

Metaphysical Properties: Known as the “stone of health,” Garnet extracts negative energies from chakras and transmutes them into useful energies. It enhances creative powers and promotes personal freedom. Garnet is also known to strengthen commitment to people and endeavours.