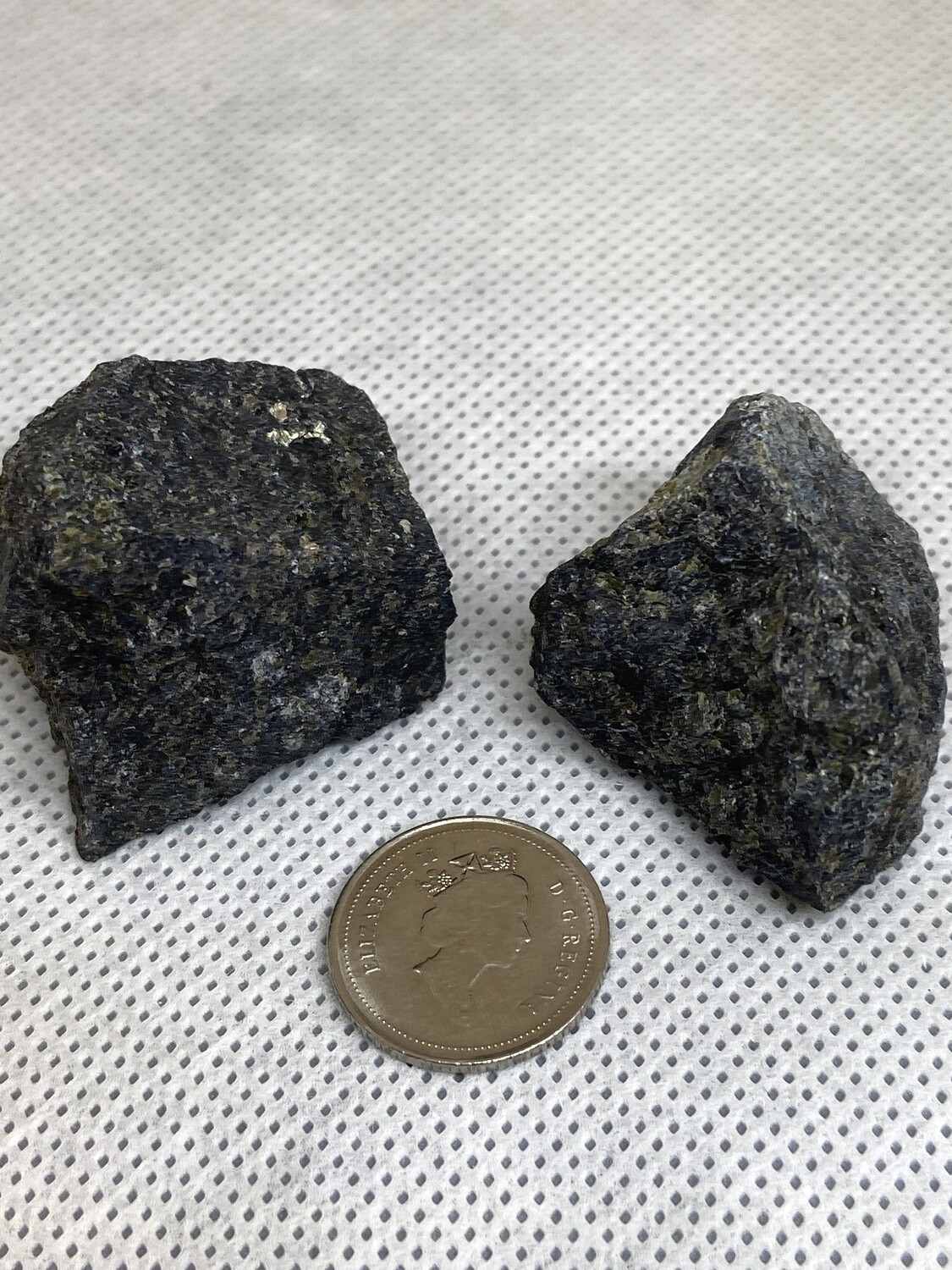 Gemological info: The oldest mineral on Earth, Nuummite was formed over three billion years ago from volcanic origins. It’s a unique combination of Anthophyllite and Gedrite metamorphosed into closely inter-grown crystals of charcoal gray to black. It has iridescent flashes of gold, though it’s labradorescence may include red, orange, yellow, green,

silver, blue and violet. Similar rock has been discovered in Canada and the United States, however only the rare Greenland variety has color developed well enough to be suitable for gemstones.

Metaphysical Properties: Nuummite is also referred to as the “Magician’s Stone.” Stones

with elemental magic should always be taken seriously and used respectfully with right intent, as harmful intent rebounds upon the user.